For the majority of incoming Hoyas who grew up reading Harry Potter, one of the most #basic Instagram choices during those first weeks on campus is a picture of Healy Hall with a caption alluding to Hogwarts. Beyond the visual resemblance to Hogwarts, there is another striking similarity Georgetown has in common with the magical world: the four schools that act as Muggle versions of the four houses. 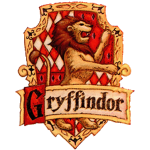 Much like Gryffindor’s stealing the show as the obvious star of the series, the College is the most popular of the four schools. Many of its 47 majors and 49 minors  are housed in Healy Hall, with its neo-Medieval architecture most resembling the towering battlements of Hogwarts. From philosophy to physics and everything in between, the College encompasses the widest range of students and represents the greatest variety of Georgetown. With a diverse set of requirements, the College encourages its students to be well-rounded in all subjects and skills. Freshmen often enter the College undecided on a major, displaying the courage of a Gryffindor in facing the unknown. 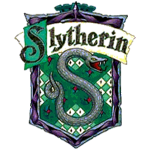 Known for its pristine building and “MSBros” in suits, the business students are living in style in the pursuit of money. As the Slytherins of campus, though, these Hoyas sometimes draw jealousy from students of the other three schools for notoriously having no class on Fridays. To truly thrive in the MSB, one needs to be especially smart and cunning. Students need to beat the curve and survive accounting requirements, along with copious amounts of group projects. Business students are ambitious, driven and often the epitome of professional success in the cutthroat, dog-eat-dog world of finance. 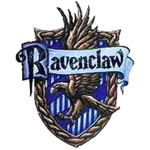 Clearly the Ravenclaws of the university, students in the SFS earn degrees from one of the most prestigious schools in the world for international affairs. The school is home to eight majors and 18 certificates, many having complicated, long titles with a worldly air. Students pride themselves on their academics, surviving a 17-course  core curriculum, achieving language proficiency and passing the infamous “Map of the Modern World” exam. SFS students are also given the chance to be taught by famous professors, including former Secretary of State Madeline Albright. Classes in the SFS are where you are most likely to be seated next to a future world leader – as in the case of former President Bill Clinton (SFS ’68). 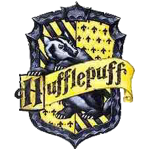 With an overall focus on health and bettering lives, whether or not one pursues nursing, NHS students are caring and kind. They are quintessential Hufflepuffs. The smallest of the four schools, the NHS includes four majors and six general courses all students complete . While it is sometimes referred to as “the nursing school” to the chagrin of many, the three other majors include international health, human science and health care management and policy. Due to the small size of the school, it is known for fostering the closest sense of community, especially as its students attend classes in the far-off St. Mary’s Hall.